A Big Bouquet for Sally

As many of you will know our immediate past president Sally Sallett achieved her ARPS standing earlier this year. What made that a little special was that the RPS (Royal Photographic Society) asked to retain her panel of flower prints to use as an example of ARPS work. Well to add icing to the cake Sally’s panel has now featured in the RPS Journal for August. The journal did a feature on flower-themed Associate Distinctions (Creative) which was written by Ray Spence FRPS. He said that some of the greatest names in photography had tackled the subject and that the work of Sally and fellow ARPS Catherine Jones “are good examples of the use of subtle colour, composition and textures to create a painterly effect in their images of flowers.” Many photographers submit panels for ARPS status with some achieving it. Of those only a few are selected to be examples of the craft and even fewer to feature in the RPS Journal so this is a significant honour for Sally. It seems a little inadequate to just say “Well Done” but we’re going to say it in any case. You can see an image of the Journal article below (click on it to get a full size image).

HOWEVER we can’t stop there. Sally has been submitting work to salons for a time and had gained BPE2* standing. Recently she submitted a collection of 12 entries to the Welsh International Salon. You feel that you’ve achieved something if you get one accepted but Sally managed to get TEN out of her 12 accepted, 3 of which had not been submitted to any exhibitions/salons before. Just to prove that you don’t need tons of gear, one of the ones accepted had been taken on her iPhone. OK what does one say now. Can’t say “Well Done” again so I’ll have to say “Brilliant …. Superb …. Glorious …. “. Sally take a bow. 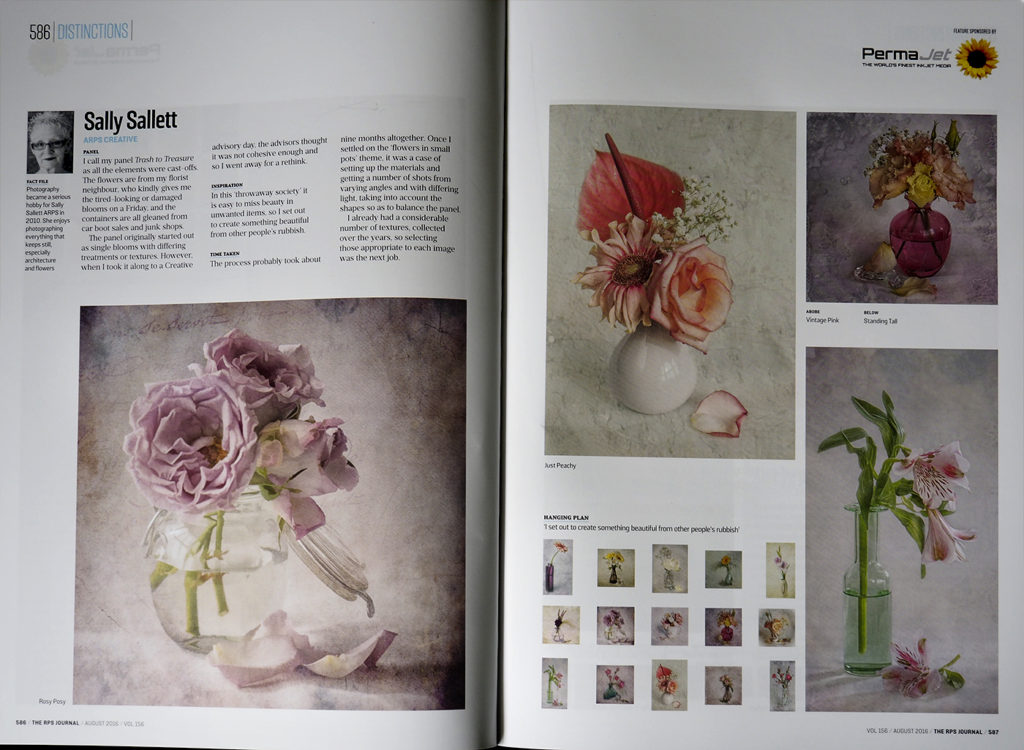 (Click on the image to get a full size version)