I’ve looked at the images a few times over the last couple of days and have finally made my mind up!

Geneva: Nice colours and reflection in the water but I’m not sure about the dark cloud in the top right hand corner and the crane on the left. I also felt that because the large boat in the foreground has been cut in half the scene feels incomplete.

Arthur’s Pass, New Zealand: I like the curve of the path between the mountains and the bushes add a bit of perspective and interest in the foreground.

Basilica of Annunciation: I like how the whole dome has been included. It feels unbalanced though because the lower half is quite dark and the windows are a bit too bright: if they were slightly darker we could have seen more of the colours in the stained glass.

Bridge to Bridge: I like the contrast between the stone bridge on the left and the steel or iron bridge on the right but the image is a bit cluttered on the bottom edge with the masts and the boat that has been cut in half. If they were cropped off it would, in my opinion, draw more attention to the scene between the bridges and make a more pleasing image.

Brighton Pavilion: What a beautiful and ornate building! I would have liked to have seen more of the dome though; it’s a shame that it’s been cut off both from the actual building and in the reflection in the pond. If the photographer had stood further back, or if they’d have added another sweep left to right both above and below the image they have now they might have been able to include the top of the dome.

Calder View: The empty sky, the mist and the frost give this image a still, calm and cold feeling. I like the ‘s’ shape of the path in the middle but the foreground is a bit dark and might benefit from being brightened a little so we could see some more detail in the bushes and the grass.

Derwent Water: Lovely autumn colours make this feel warm and inviting. I also like the curve of the water’s edge.

Derwent Water with Cat Bells: I like how the path curves from left to right through the scene and the jetty in the middle that takes my eye into the water. The sky is interesting but is overexposed and blown out in places whereas the foreground is quite dark so it feels unbalanced.

Glencoe: The contrasting colours of the green mountain and grey sky are what makes this image, in my opinion. The light makes the land glow against the dull background.

Night to Day: A great idea and makes me wonder how long the photographer stood there waiting for the night to turn into the day! I like how the cars are all moving in the direction of the title. The only thing that bothers me is the shadow of the lamppost coming up from the bottom into the centre of the photo and, although it can’t be helped, all the street furniture makes the scene feel a bit cluttered and makes it difficult to know what to look at.

Trade on the Humber: A dark and moody scene with a very menacing sky which matches the industrial landscape. I’m not sure about the processing of this photo though as it seems a bit too sharp and ‘contrasty’ which makes the clouds look as though they’re breaking up into bits.

Whitby Panorama: The shape is good as it bulges in the centre and tapers out to the edges. Whilst the sky is interesting, I’d have liked to have seen more of the water below because that jetty or pier is a bit too close to the bottom edge of the photo. I also feel that the image is a somewhat overexposed because some of the white buildings are too bright and are beginning to lose some detail.

Curacao Bridge: The blue of the water make it seem cool and inviting on what looks like a very warm and sunny day. I think it’s tipping to the right though and might benefit from being straightened up. The clouds would be interesting but unfortunately they’re too bright and pull my eye up and away from the water and the bridge only to find that they’re overexposed and lack detail. If you still have the raw file you might be able to darken the sky and possibly brighten the foreground.

Devoke Lake: I like the orange/brown foreground against the blue sky.  It is rather empty in the foreground however which makes it feel as though it’s missing something. 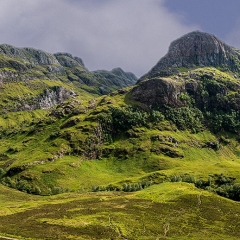 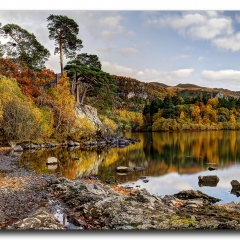 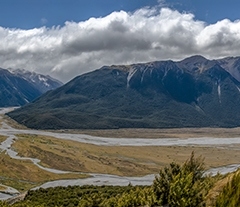 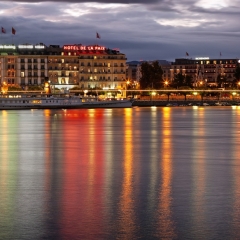 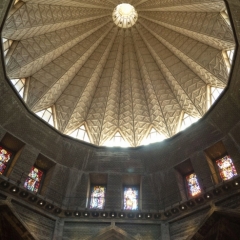 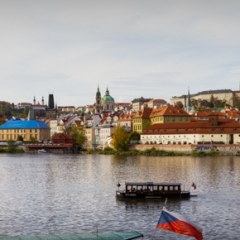 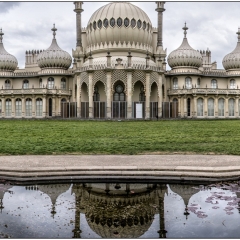 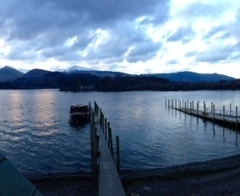 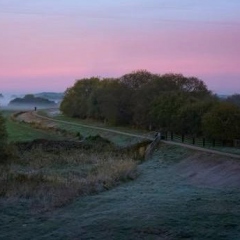 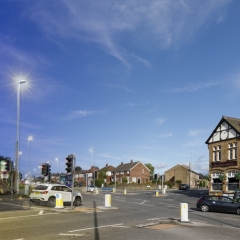 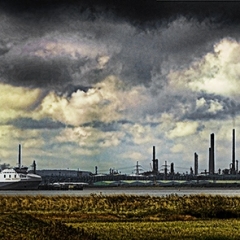 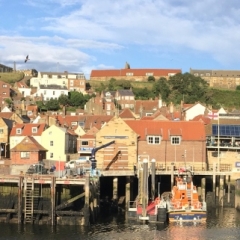 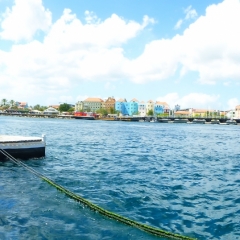 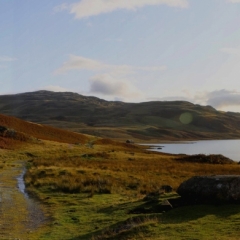