↓ Skip to Main Content
Home › Competition › Spring into May 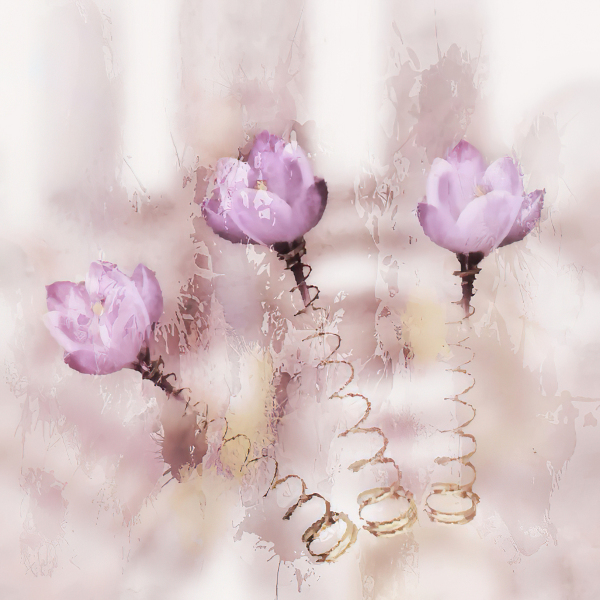 Steve our winner from March had to Spring into action to judge the May competition.

It was a tough one for the top two places as the images from the respective authors each had excellent points but only one could prevail and that fell to Sally Sallett who will be our judge for the next round – Beatle Song Titles.

This image is well thought out and presented to the viewer. The use of the blooms in the coiled spring material is a neat twist (pun intended) on the theme. The tonality across the image is complimentary in the colour pallets choosen with the background texture not being overbearing. An image that is pleasing to the eye and not complicated to appreciate. It was a closely run thing with the Second placed image but this one takes First Place.

A highly creative image utilising the bluebell flowers of differing tones placed in the pattern of shapes against a complimentary background texture. There is a lot to engage the viewer of this image in the various shapes and that is where the charm of the image lies. I would suggest to the author that the green stalk in the lower RH corner is a distraction and should be considered unnecessary. This image ran the First Place one very close indeed.

An image where the balance of colours is important as blooms of a single colour would not have had the same impact. the selection of this segment of the display with the 6 purple blooms in the field of yellow gives the viewer the interest to explore the scene rather than just flick through. Well presented image by the author.

A well presented image where the subject, the Owl, is positioned in the frame to the left of centre surrounded by the blossoms. The overall impact of the image is high but focussed more on the Owl than the spring blossoms and distracts from the storyline in my opinion. Nevertheless this image is Highly Commended. 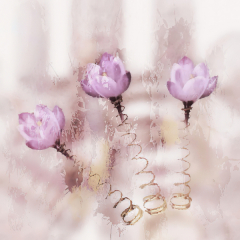 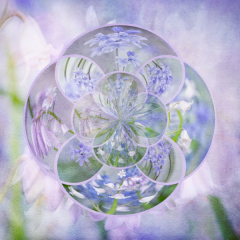 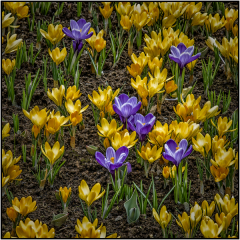 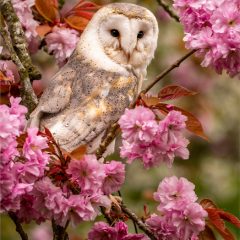