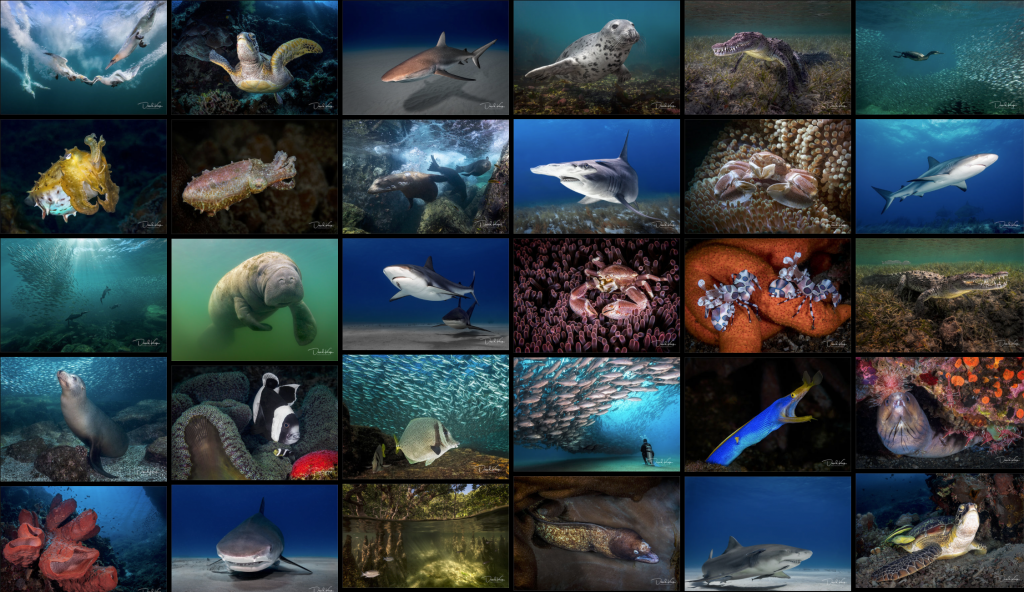 Following on for the impact of David’s talk to Wakefield Camera Club in February we invited him back to talk about his exploits in underwater photography.  Things were a little different this time, it was all done using Zoom. David was able to share his screen and seamlessly conduct his way through a series of presentations and videos whilst providing an excellent commentary with many humorous and quite scary stories.

It is evident that David throws everything into his photography projects and this time was no exception, but this time it is himself he was quite literally throwing in. Armed with a high-specification Canon DSLR in a very sophisticated water-proof housing David have been able to capture some absolutely magical images from the depths of the oceans.  The camera in its housing with lights on big stalks and an attached GoPro resembled something from a James Bond movie. We later learned that the GoPro was not only there to produce some of the videos used during the presentation it would also come in very handy to provide the evidence that would be needed in the event that some of the photographic models became much to friendly.

The first part of the evening covered boat diving in Thailand, wide angle photography at Bunken and macro photography at Lembeh. The images were simply stunning, the colours incredible, the turtles simply amazing and the Frogfish indescribable.

Learning about diving with sharks was just breathe taking and the video of David playing ‘shark’ with a huge 4-meter long Tiger Shark just had to be seen to be believed. There are no cages, just you and a few other photographers trying to get the best shots possible whilst your hosts hand feed them to get their interest and keep them coming back for more. The images are tremendous and have to be seen to be believed, so head over to David’s site where you can see many more images and links to his Youtube channel where they are some awesome videos.

Thank you to David for a thoroughly enjoyable evening.